You are here:Resources>Change the perspective 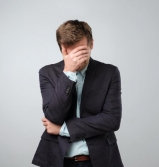 Conversations around mental health can be awkward and hard. This is due, in part, to a lack of training in schools about how to have them. When staff are absent due their mental ill health, it is rarely an isolated absence. There may have been numerous short-term absences for ‘migraines’ or ‘stomach issues’. They may have exhibited changes in their behaviour, which other staff might have disregarded as the usual stresses and strains of school life.

Those colleagues working closely alongside them may have noticed these changes over a long period of time, but not known how to discuss their concerns. In some cases, these colleagues may have worried that doing so might make the situation worse, and cause further absence.

In order to look after staff mental health in schools, a change of perspective needs to happen so that all leaders can be confident in doing the following:

a) Identifying the signs and symptoms of poor mental health

b) Having timely and appropriate conversations with staff, to support them in looking after their mental health

c) Creating a culture where everyone has a safe space in which to talk about their individual mental health needs.

Investing time and support in staff should be a key component of all leadership roles within a school. School staff are under increasing pressure to spin ever more plates, in an environment where budget cuts have led to ever increasing workloads. This can often lead to staff having less time to invest in important self-care, which can act as a protective factor against mental ill health.

Some staff will be aware of their struggles with their mental health, and may be receiving treatment through their GP or other support services such as the Education Support Partnership. They may, however, feel ashamed of this, and that they can’t make their voices heard, which can make things worse. Having a range of supportive leaders in a school who can be trusted and genuinely care about their staff can make a huge difference. Simply having someone in school that you can be honest with about your struggles will give you that voice, and the reassurance of knowing that you can ask for support if it’s needed.

When senior leaders have return-to-work discussions with colleagues about potential mental health issues, it is important that these are conducted in a particular way that encourages honesty and respect, and demonstrates genuine support. If managed badly, they could cause further staff absence and in the worst case, constitute a form of discrimination.

Colleagues with diagnosed mental health conditions are protected by The Equality Act 2010. As such, they cannot be discriminated against, are entitled to ‘reasonable adjustments’ and cannot be dismissed or selected for redundancy due to their condition.

Conversations about mental health should be had in an undisturbed private location, in which neither colleague will feel rushed or be interrupted whilst discussing what can be highly sensitive personal information. Phones should be left ‘off the hook’ and mobile devices kept out of reach. This is important, as the colleague may be feeling quite low, to the point where they consider themselves to be an inconvenience to others. The fact that you are giving them your undivided attention will be hugely significant for them. The conversation may mark the first time they have ever opened up to someone else about their feelings and mental ill health.

Alternatively, the colleague may prefer to discuss their mental health away from the school site. This could be a good way for them to see that you genuinely care about them, rather than simply having the conversation with them because you have to as part of your job.

If they are struggling to accept that they are experiencing a period of poor mental health, it may be a good idea to prepare some concrete examples in advance, the discussion of which could lead to a dialogue about the causes of the colleague’s behaviour. They need to know that you are there to help, and can signpost them to further resources and support services, if needed. The Mental Health Foundation, Mental Health First Aid England and Mind all have fantastic free printable resources on their websites which could be given to colleagues.

Colleagues may get emotional when opening up and discussing their mental health, and leaders need to feel comfortable with this. They may wish to have some time to sit quietly with a cup of tea and a tissue. It is important that leaders don’t allow the colleague to leave the conversation feeling distressed, and that they check in with them before they leave the building at the end of the day. They may feel embarrassed, but knowing that they can return to school the next day feeling heard, valued and understood will make a huge difference.

A cultural change with regards to mental health within a given school will take time to be embedded by all members of staff. Members of SLT will themselves need to feel comfortable talking about how they are looking after their own mental health, and be ready show that they have a life outside of school. Senior leaders are role models for other staff members, and it should be acceptable for them to have hobbies, attend exercise classes, join choir practices or whatever else makes them smile at the end of a busy day.

No one aspires to be the kind of school leader who behaves like an automaton, handing out insincere ‘wellbeing’ ideas just to tick a box. All staff need to be given training to make sure they know how to look after their own mental health, and they need to feel that they will always have someone in school they can talk to if they are struggling.

All leaders (and ideally staff) need to be trained in identifying the signs and symptoms that can be indicators of mental ill health. These might include physical signs, such as:

However, a range of behavioural changes may also occur, including:

The Bananarama Principle is named after a Bananarama and Fun Boy Three 1982 hit single. The chorus…

Read More...
Is it greener on…

Win £500 worth of books for your school with Explore Learning’s exciting children’s story writing competition!